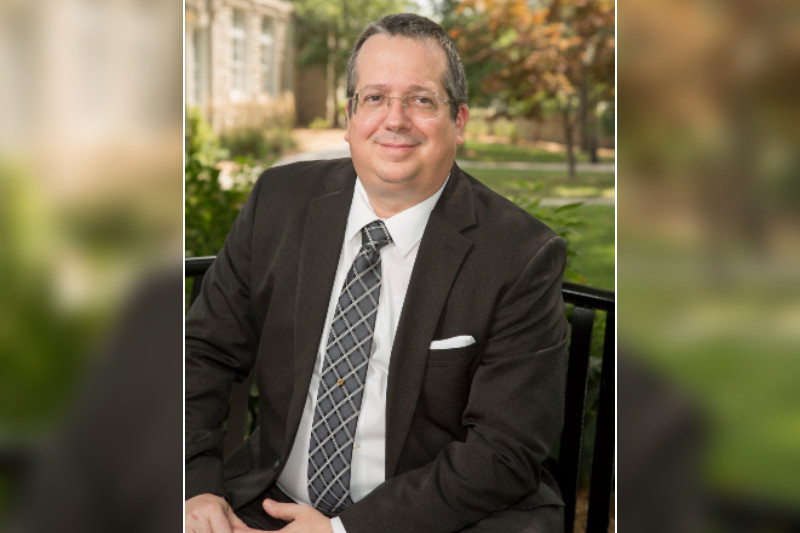 WARRENSBURG, MO – As the University of Central Missouri strives to maintain strong programs in the liberal arts, it will receive leadership from Michael Sawyer, Ph.D., as the new dean of the College of Arts, Humanities, and Social Sciences (CAHSS).

Sawyer’s appointment was announced this week by Phil Bridgmon, Ph.D., provost and vice president for academic affairs. He was selected following a national search.

“Dr. Sawyer has provided steady leadership for the College of Arts, Humanities, and Social Sciences as interim dean,” Bridgmon said. “In the short time we have worked together, he has proven to be a valued colleague and member of the Provost's Council. He also received broad campus and College support throughout our search process. I am pleased he will remove the interim label and continue to provide leadership for CAHSS and UCM.”

As interim dean since May 2018, Sawyer has gained approximately 18 months of experience overseeing a college that includes 26 undergraduate and six graduate programs. All are provided within four schools: School of English and Philosophy; School of Communication, History, and Interdisciplinary Studies; School of Visual and Performing Arts; and School of Social Sciences and Languages.

Sawyer has served the university since 2001. Holding a doctorate in Spanish, he came to UCM as an assistant professor and was promoted to associate professor in 2007, and professor in 2015.

Before he was named interim dean, he served as associate dean of the college in 2017-2018. His tenure at UCM also includes acting as chair of the Department of Government, International Studies, and Languages, and as coordinator of the Modern Languages Program. He founded and served for eight years as director of the Missouri Foreign Language Consortium, a partnership of the language programs at five Missouri state universities. He also devoted time as the CAHSS assessment and accreditation liaison.

“I am honored to be selected as the next dean of the College of Arts, Humanities, and Social Sciences at the University of Central Missouri. CAHSS is home to outstanding programs—and outstanding faculty and staff—that are integral to the university’s mission of transforming students into leaders,” Sawyer said. “As we enter 2020, the college will embark on a new strategic plan that fosters educational excellence and helps inspire students to be critical thinkers, to appreciate the artistic and cultural traditions that inform today’s diverse societies, and above all to make a positive difference in the world. I could not be more excited to serve such a vibrant academic community.”

Beyond teaching and administrative responsibilities, Sawyer has a strong background in research. His scholarly interests include institutional planning and curricular development; second language acquisition pedagogy, contextualized linguistic and cultural input in second language acquisition, and communal and national identities in Latin American Literature. He has a strong record of service to campus through work on numerous committees at the department, college and university levels.