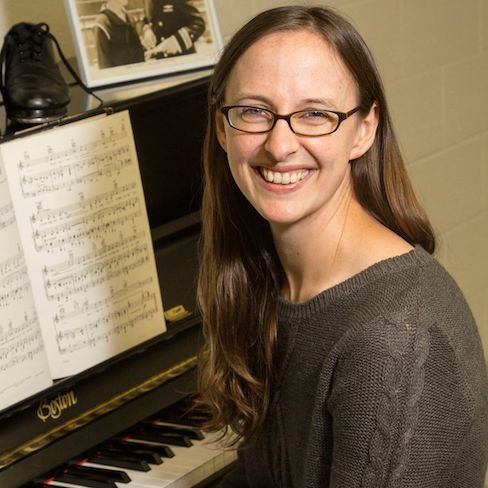 Allison Robbins is a musicologist who specializes in Hollywood and Broadway musicals; music in the American West; and American popular music and dance traditions. She regularly teaches courses in music history, music and culture, and research methods and bibliography.

Robbins received her undergraduate degree from Bowdoin College in Brunswick, Maine, and her doctorate from the University of Virginia, where she was a Jefferson Scholars Graduate Fellow. She began teaching at UCM in 2013, following a visiting position at the University of Tennessee.

Robbins has published articles in American Music, Journal of the Society for American Music, and Studies in Musical Theatre, and was invited to contribute essays in the Oxford Handbook of Improvisation in Dance and Oxford Handbook of Musical Theatre Screen Adaptations. Her current book project focuses on indigenous, settler, and military music traditions in the Great Plains during the nineteenth and early twentieth centuries.

Robbins enjoys playing piano, tap dancing, and playing percussion in the Warrensburg Community Band. She continues to study the drumming and dance traditions of West Africa, and with percussionist Alex Smith, is working to organize annual residencies with African musicians and dancers at UCM.