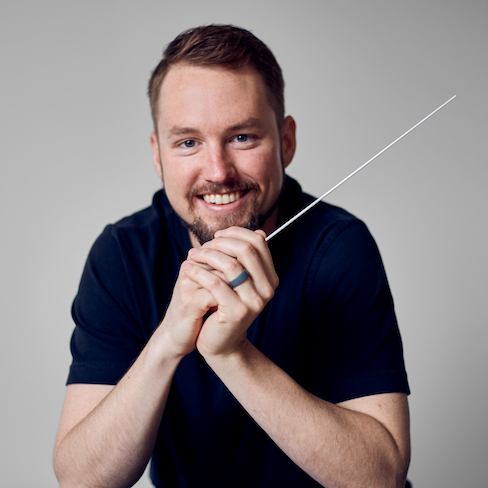 Corey Seapy is a dynamic conductor and educator who has spent the last fourteen years maximizing the artistic potential of a wide variety of ensembles. His versatility has allowed him to work with wind ensembles and orchestras of all ages and ability levels. He is committed to sharing meaningful repertoire, and has led works by historically significant composers such as Bach, Beethoven, Copland, Grainger, Holst, Mahler, Mozart, Strauss, Stravinsky, and Varése. As a champion of new music, Dr. Seapy has recently commissioned works by Robert J. Bradshaw, Garrett Gillingham, Christopher H. Harris, Stefanie Lubkowski, Daniel Morel, and Steven Weimer, and has premiered many student compositions.

Dr. Seapy serves as Director of Bands at the University of Central Missouri, where he leads the Wind Ensemble, assists with the Marching Mules, teaches undergraduate and graduate courses in conducting, and oversees all aspects of the band program. Prior to this appointment in 2022, he served as Director of Bands at Millikin University in Decatur, IL for three years. He received a Doctor of Musical Arts degree at the University of Missouri – Kansas City Conservatory where he served as a Graduate Teaching Assistant and studied conducting with Steven D. Davis. Alongside his conducting and scholarly activity at UMKC, Dr. Seapy helped organize and host the 2017 National Conference for the College Band Directors National Association (CBDNA).

Dr. Seapy also holds a Master of Music degree in Conducting from Ithaca College (NY), where he studied with Stephen Peterson, Cynthia Johnston Turner, and Jeffery Meyer, and a Bachelor of Music degree in Music Education from Gordon College (MA), where he studied conducting with David Rox, Gerald Dolan, and Kenneth Phillips, and clarinet with Bill Kirkley.

Dr. Seapy’s awards include a Third Place Award from the American Prize in Conducting (College/University Division) and a Finalist designation from the American Prize in Band/Wind Ensemble Performance (Community Division). He is an active guest conductor and adjudicator, with recent appearances at the ILMEA District 4 and 5 Honor Festivals, District 214 Band Festival, ILMEA Large Group Festival and many universities and public schools in multiple states. Recent scholarly activity includes presentations at the 2022 Illinois Music Education Conference, the 2021 Indiana Music Education Association Conference, the 2019 CBDNA National Conference, and maintaining his website, conductorsreference.com.

Dr. Seapy resides in Warrensburg, where he loves to study music and spend time with his wife Chelsea, a fellow music educator, and their terribly cute daughter and dog.