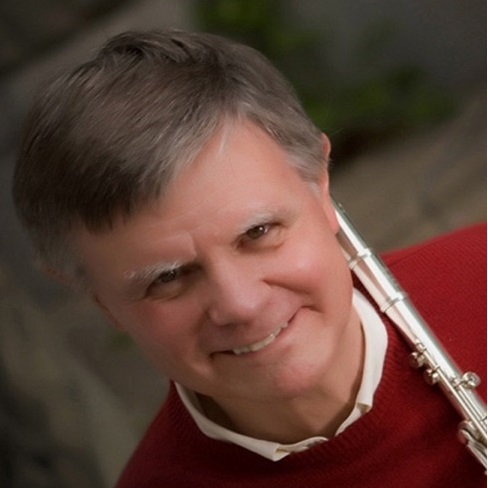 Dr. J. Franklin Fenley received his B.S. in music education from the University of Illinois (Urbana-Champaign) in 1967. Upon completion of his degree, he was designated a Bronze Tablet Scholar, the highest undergraduate academic award granted by the university. He served as a graduate assistant in applied flute at the University of Missouri in Columbia and was awarded a master’s degree (M.Ed.) in August, 1968.

From 1968-1971 Dr. Fenley was a member of the music faculty at Kansas State College of Pittsburg. Since 1971, he has taught applied flute, flute techniques, flute ensemble, and music history at the University of Central Missouri. He also serves as the Coordinator of Graduate Studies in the department.

During the 1974-75 academic year, Dr. Fenley was a University Fellow at the University of Illinois (Urbana-Champaign); during the spring of that year, he also held an administrative assistantship with Dr. Robert Bays, the chair of the School of Music. Dr. Fenley completed requirements for the Ed.D. degree at Illinois in August, 1976.

Dr. Fenley’s articles, reviews, and abstracts have appeared in The Instrumentalist, the NACWPI Journal, and Flute Talk. He has also presented two Greer-Oppenheimer lectures on the UCM campus, one on the Beatles’ Sergeant Pepper’s album and a second on the lyrics of Bruce Springsteen.