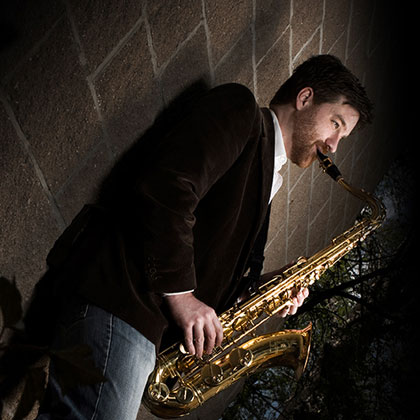 Saxophonist James Isaac has been teaching and performing professionally for over twenty years after having received degrees from the University of Missouri-Kansas City (B.M.) and the Eastman School of Music (M.M.). When it comes to music, Isaac favors variety. This has led to him becoming a founding member of the experimental jazz ensemble the People's Liberation Big Band, touring with national act Victor & Penny, playing in the pit orchestra for nationally touring Broadway productions, touring Puerto Rico with a circus, performing with the Kansas City Latin band Cubanisms, and leading his own ensemble the James Isaac Group. As an educator, Isaac stresses the importance of versatility, balancing analytical thought and intuition, and finding efficient ways to learn and master concepts.