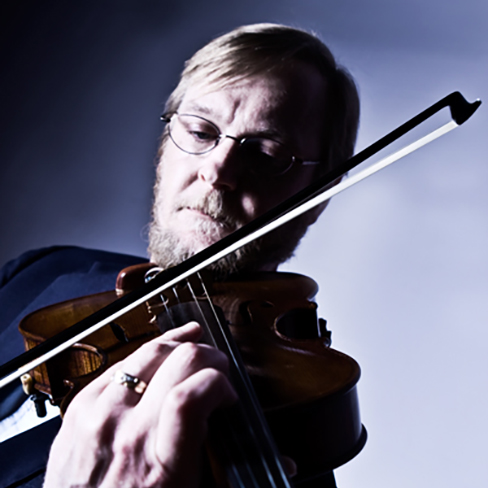 Dr. Rutland began studying violin in the Jacksonville, Arkansas school system. His professional career started at the age of sixteen when he became a member of the Arkansas Symphony Orchestra. Dr. Rutland holds a Bachelor’s Degree in Music Education from Stetson University and a Master’s and Doctoral degree in Violin Performance from the University of North Texas.

Dr. Rutland has been highly active in the performance of twentieth-century music. He has performed George Crumb's Black Angels for Electric String Quartet throughout Arkansas and Texas and has performed Stravinsky's masterpiece L'histoire du Soldat. His teachers include Routa Kroumovitch (a student of David Oistrakh) and Philip Lewis (a student of Berl Senofsky).

In addition to performing, Dr. Rutland has appeared as guest conductor for All-District and All-Region orchestras in the South and Midwest, the Lee’s Summit Symphony Orchestra, and with the Midwest Chamber Ensemble.