Minor for a Languages Degree

Today’s employers demand more skills of graduates, as they work to serve culturally diverse communities and international clients. They expect you to be a global citizen, open to new people — even better when you can speak their language and understand their culture. The University of Central Missouri offers a Modern Languages minor in French, German or Spanish that will develop these language skills without needing to complete the full bachelor’s degree in Modern Languages.

A minor in Modern Languages for any major

The Modern Languages minor is one of the top 10 graduating minors at UCM — and for good reason. It combines language study in Spanish, German or French with your chosen discipline to provide a diverse skill set that broadens your career opportunities and moves you ahead of the competition.

What are Modern Languages minors paired with? Some disciplines include:

Because many of these disciplines already require basic language courses, a Modern Languages minor can be completed relatively quickly, which makes it a smart choice.

Varied learning options for your Modern Language degree or minor

Learn a language of your choice, from options in French, German or Spanish, at our Warrensburg campus. Classes for our Modern Language degree and minor are taught by our award-winning instructors, who are tenured faculty or native speakers. Online and hybrid classes may be available. Our study abroad program is also open to Modern Language degree and minor students. Learning and living in another culture allows you to use your new language skills in an exciting destination while earning credit toward graduation.

What are Modern Languages? At the University of Central Missouri, you have your choice of minoring in German, French or Spanish. You’ll complete a variety of classes, including one upper-level course, focused on that language. As a result, you’ll graduate with linguistic skills beyond the Elementary II level, in addition to cultural competency and a solid foundation for global citizenry.

Expand your worldview with language degree minor courses such as Cross Cultural Cinema Weimar History and Culture, World Languages in Translation and courses on the German fairy tale, among others.

Like our alumni who earn a degree in Modern Languages, you’ll also show potential employers you have vital skills for a variety of jobs. In addition to language skills in Spanish, German or French, these include great discipline in learning, diverse communication skills and critical-thinking skills.

At the University of Central Missouri, we know students want experiences outside the classroom. Whether pursuing a degree in modern languages or a minor, you want to boost your capabilities and amplify your overall college experience.

What are modern languages’ opportunities for a better experience?

Visit UCM language labs and converse with fluent tutors, who are oftentimes native speakers or may be pursuing a Modern Languages degree. You can also enhance your minor in Modern Languages through involvement in:

What can you do with a UCM minor in Modern Languages from UCM?

A Modern Languages minor will add value to any UCM degree you choose to pursue. If you’re a Criminal Justice or Marketing major, for example, you demonstrate to employers your ability to communicate with people in another language. In fact, alumni often tell us their language degree earned them higher pay or a higher-ranking position.

After you’ve started classes in the Modern Languages minor, you may realize you want to learn more. Within our Modern Languages program, we offer three options to earn a bachelor’s degree in Modern Languages and gain a deeper understanding of your chosen language and culture. Our Professional Applications concentration applies a Modern Languages degree to different fields, such as criminal justice, marketing and public relations. If you’re interested in learning several languages, we also offer a World Languages and Cultures minor.

Opportunities available for a Modern Language degree or minor

A Modern Language degree or minor in German, French or Spanish provides high value for your future. The University of Central Missouri is committed to helping you get a quality education. To do so, we offer competitive tuition rates that are less than those of many other four-year colleges across the United States. We also make available various resources to finance your education. 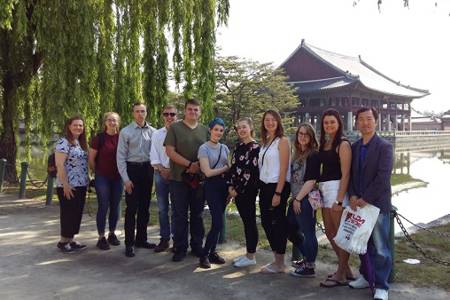 Take Your Education to Another Country

Real-world experiences await when you participate in our study abroad program. Several options, which include faculty-led, two-week tours or semester-long studies, are available. Take a trip of a lifetime and earn college credits, while practicing your language and enjoying the local culture. 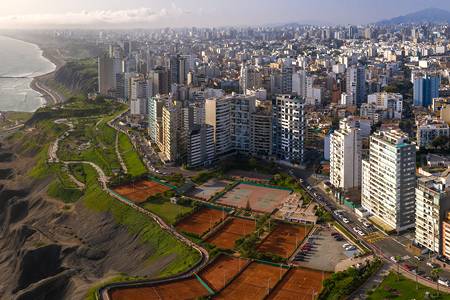 “After college, I was accepted into the Peace Corps and served in Peru — an opportunity I never would have had if I didn’t already have experience in Spanish.” 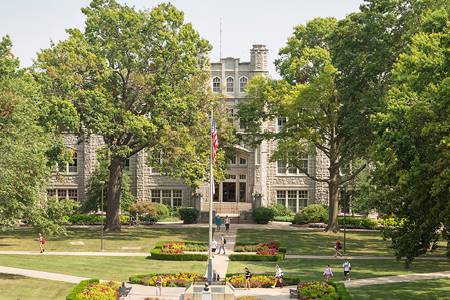 Get language education from highly proficient, award-winning instructors when you choose a Modern Languages minor or degree. We are advanced and native speakers who are committed to helping you learn your desired language, whether it’s Spanish, French or German. 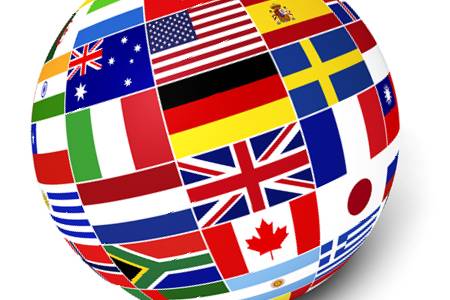 Network and Have Fun

Networking opportunities can be invaluable as you prepare to join the ‘real world.’ Through the University of Central Missouri’s Modern Languages Club, you can do just that while practicing your language skills and socializing with other students. What are Modern Languages’ events? Plan to celebrate Oktoberfest and Day of the Dead, among others. 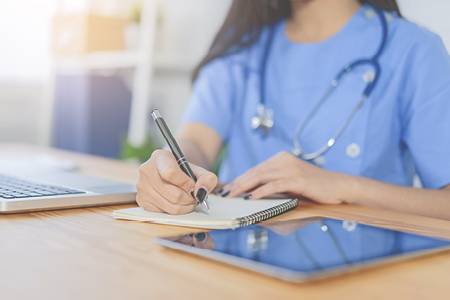 The demand for U.S. health care workers who understand Spanish continues to grow alongside the population of native speakers. UCM offers an undergraduate certificate that addresses this need and helps you stand out from the competition. This online program, Spanish for Healthcare Professionals, can be completed in two to four semesters to enhance your resume.

A minor in Modern Languages pairs well with any discipline. Consider these additional opportunities through UCM to further boost the value of your college education:

Other minors are available within the School of Social Sciences and Languages to support your desire to understand diverse populations. These include: Modern Languages faculty lead an annual short-term study abroad program to Spain, which give students an opportunity to enhance their language skills and immerse themselves in the local culture. There is no better way to build on your classroom education! 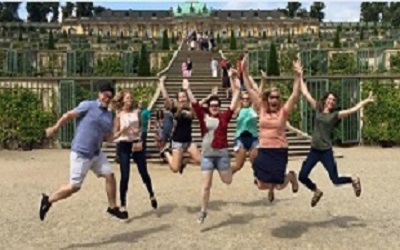 Ever year, Modern Languages faculty lead a group of students on a short-term study abroad program to Germany. Students get to explore exciting cities such as Berlin, Munich, Frankfurt and more, all while earning course credit! 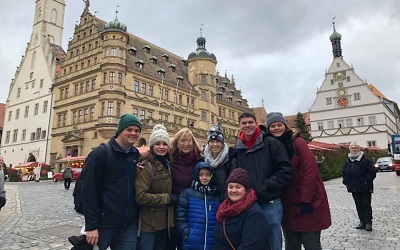