Today’s jobs call for enhanced communication skills. Potential employers expect you to understand another language and culture, if not more than one, to effectively serve a culturally diverse client base or community. If you don’t have time to double-major with a Modern Languages degree, you can still achieve cultural competence and language skills. Consider a World Languages and Cultures minor from the University of Central Missouri to learn Chinese, French, German or Spanish.

A Language and Culture minor for all students

Sample a few world languages and cultures to gain a global understanding that pairs perfectly with any field of study. A Language and Culture minor can complement these UCM disciplines and more:

Complete undergraduate classes from our Modern Languages degree on our Warrensburg campus and by studying abroad for real-world experience of another language and culture, including Chinese, French, German and Spanish. Online classes are also available in the World Languages and Cultures minor to help meet any scheduling need.

While a Modern Languages degree focuses on one language, a minor in World Languages and Cultures lets you explore more.

With Chinese, French, German or Spanish available, you’ll choose three you wish to learn. For two of those world languages, you’ll take two classes each, taught by our award-winning educators who are either tenured faculty or native speakers. For your third choice, you’ll take five classes for more in-depth learning of that language and culture. If you choose to study abroad, whether to Japan, Korea, Spain or another exciting destination, you can earn credits towards your World Languages and Cultures minor.

A Language and Culture minor is widely chosen by UCM students who achieved high school language proficiency. Take one of our placement exams to see if you can receive credit for one or two elementary language degree courses in Chinese, French, German or Spanish. In addition, if you score a grade of C or higher in Elementary II and Intermediate I classes, you will receive additional credit hours at no tuition charge.

At the University of Central Missouri, we help you get the most from your Modern Languages degree or World Languages and Cultures minor with interactive and real-world experiences. Sharpen your linguistic skills or expand your cultural competency with the following opportunities:

Visit UCM languages labs: Converse with, and get feedback from, the native and advanced speakers who staff our languages labs to sharpen your world languages skills in Chinese, French, German or Spanish.

Study abroad: Choose from over 60 countries to study abroad. Practice your language and expand your cultural understanding in an exciting destination, while earning course credits.

Attend the Modern Languages Foreign Film Festival: Watch foreign films created by students in grades 6–12 and take part in other events as part of this annual UCM celebration.

What can you do with a minor in World Languages and Cultures from UCM?

Most UCM bachelor’s degrees would benefit from a World Language and Culture minor. A linguistic and cultural proficiency can help you serve a multicultural community, work in government at any level or communicate with co-workers across international borders. When applying for a job, your Modern Languages degree or minor will demonstrate to employers your flexibility in learning and critical-thinking skills. This can put you ahead of your competition and even earn you higher pay, as we often hear from UCM alumni.

Looking forward with a Modern Languages degree or minor

Speak with the Modern Languages program coordinator or faculty member about other opportunities with your World Languages and Cultures minor or Modern Languages degree. We provide the interactive tool below for details on related careers.

Financial assistance options for your language and culture education

A quality education has substantial value, and at the University of Central Missouri, our goal is to help you achieve it. That’s why we offer competitive tuition rates — lower than those of other four-year colleges. In fact, we have been named a top-ranked university for low student debt by LendEDU.

Discover our resources for financing your education. These provide information on scholarships, grants, loans and work study opportunities. No matter your major, whether completing a Modern Language degree or Criminal Justice degree, as examples, you’ll likely have a variety of opportunities for funding.

You can learn more about program-specific scholarships at the UCM Scholarship Finder. 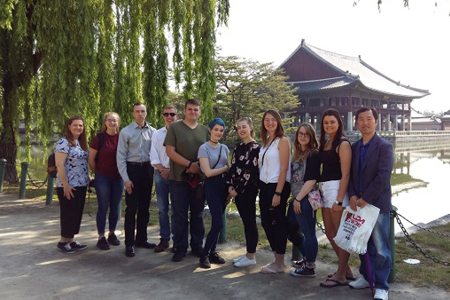 What better way to study a language and culture than in the heart of it? UCM’s study abroad program offers you various opportunities to get real-world experience, while enjoying adventure and earning college credits. These range from two-week tours to a semester-long stay in various destinations to provide the life and job experience you seek. 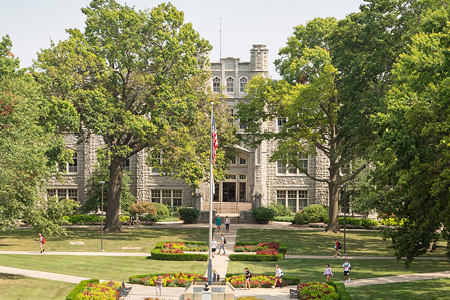 Learn from native and advanced speakers

At the University of Central Missouri, we employ instructors who are among the best in their respective languages, including Chinese, French, German and Spanish. These include native speakers and tenured faculty — all who have been awarded for their excellence in education. Whether you choose a Modern Languages degree or minor, our instructors are committed to your linguistic and cultural proficiency. 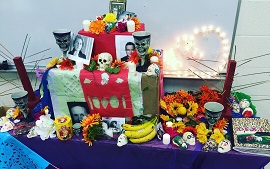 Get Cultural Education and Fun

This club unites all Modern Languages degree and minor students in a greater understanding of many cultures. Together, you’ll celebrate global events like Chinese New Year, Day of the Dead and Oktoberfest, which give you greater insight into diverse world languages and cultures. 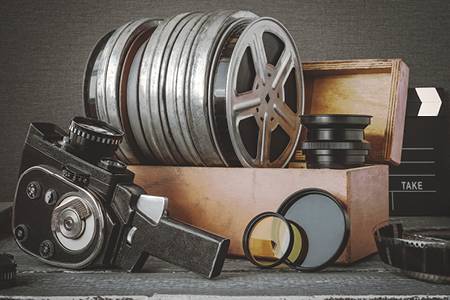 Our annual event for students in grades 6–12

For 13 years, UCM has invited middle and high school students to campus in Warrensburg to attend workshops and watch foreign films. The best part is that these films have been created by these young students using Arabic, Chinese, French, German and Spanish languages. We have the honor of reviewing them all, awarding the best and celebrating together.

You’ll learn multiple world languages as part of your minor. Deepen your knowledge with these other Modern Languages programs:

Consider other minors within the School of Social Sciences and Languages to strengthen your global citizenry.

Please note that you will NOT be able to enroll yourself in courses above the Elementary I level. If you wish to be enrolled in Elementary II or Intermediate I, please email:

In the email, please include the following:

Not sure which class to take?

While there are some course restrictions regarding prior experience (see course descriptions), many students will have some flexibility in their decision. For further guidance on which class is right for you, the following placement exams are available. Students may also contact the instructor with questions regarding placement.

Do you have the Seal of Biliteracy?  If yes, you may qualify for credit for the beginning language and intermediate language courses.